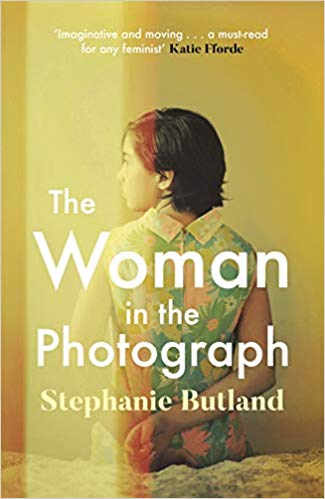 An empowering, thought-provoking feminist novel that will change the way you see the world. Perfect for fans of Elizabeth Day, Claire Fuller and Joanna Cannon.

1968. Veronica Moon, a junior photographer for a local newspaper, is frustrated by her (male) colleagues’ failure to take her seriously. And then she meets Leonie on the picket line of the Ford factory at Dagenham. So begins a tumultuous, passionate and intoxicating friendship. Leonie is ahead of her time and fighting for women’s equality with everything she has. She offers Veronica an exciting, free life at the dawn of a great change.

Fifty years later, Leonie is gone, and Veronica leads a reclusive life. Her groundbreaking career was cut short by one of the most famous photographs of the twentieth century.

Now, that controversial picture hangs as the centrepiece of a new feminist exhibition curated by Leonie’s niece. Long-repressed memories of Veronica’s extraordinary life begin to stir. It’s time to break her silence, and step back into the light.

The Woman in the Photograph takes the reader on a journey exploring the development of feminism in the UK from the 1960’s to the present day. It is innovative, thought-provoking, imaginative and moving. By following the career of Veronica we live fifty years of social history, charting the changing roles of women and discovering how far they have come yet how far they still have to go. The ‘descriptions’ of photographs that Veronica takes at key moments in feminist history give a real snapshot (pun intended!) of a particular time and place and are a testament to the authors descriptive writing and the clarity of her well-drawn characters.

Ms Butland has conducted in depth research for this novel which is crammed with information yet is never wordy or didactic, instead the reader experiences those years through the eyes of three very different women – Veronica, Leonie, and Erica – and is drawn into their lives and loves, their hopes and fears, their successes and failures. The Woman in the Photograph is unapologetic in this focus on the individual in the feminist movement but should not be seen as a simple history, it is so much more than that. This novel is also about the human heart with love and loss at its centre.

I must admit that when I first picked up The Woman in the Photograph I was not sure if it was for me, fearing that it might attempt be too moralistic and push feminism on the reader, but that is not the case. If you take the trouble to pick up this book you will certainly learn about the history of feminism but also enjoy a jolly good read.

The Woman in the Photograph is available on Amazon