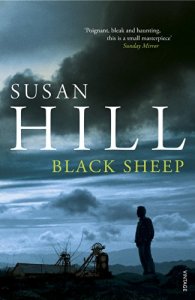 ‘Powerful… Poignant, bleak and haunting, this is a small masterpiece’ Sunday Mirror

Brother and sister, Ted and Rose Howker, grew up in Mount of Zeal, a mining village blackened by coal. They know nothing of the outside world, though both of them yearn for escape. For Rose this comes in the form of love, while Ted seizes the chance of a job away from the pit. But neither can truly break free and their decisions bring with them brutal consequences…

‘Gripping all the way to its unexpected end’ Spectator

This is a little gem of a book, short but gripping. Ms Hill describes the pit village in all its gritty reality – the home of tired people struggling day by day with the harsh reality of mining life, crowded housing, back-breaking daily labour; a place some feel compelled to stay whilst others seek escape. The houses are dirty, not from want of a woman’s touch but from the all-pervading coal dust which blackens everything, including the lives of people for whom mere existence is hard leaving little time for enjoyment or expressions of love.

Yet love is there, buried deep in the close-knit community, whether it be the love of family or the love of neighbours. Ms Hill describes how support is offered to those who find it hard to make ends meet, and for those who are affected by the tragedy which all mining communities fear (no spoilers). Black Sheep is a bleak novel in many ways, yet that bleakness holds the reader through the atmospheric descriptions and the well-written characters. The reader will find themselves sympathising with Rose whose options were so limited that there was little hope of her ever finding a way out of the gruelling life which her mother had lived, and with Ted who finds the path out of the village to the clean air of the hills and the fulfilling life of working with animals. But will he be able to hang on to his freedom or will duty call him back?

The ending of this short novel is as moving as it is unexpected. Anyone who is familiar with Ms Hill’s work will not be expecting a hearts and flowers love story, but her deceptively simple style evokes a depth of understanding of people placed alongside the allegorical view of life as three levels of existence. Her description of Mount of Zeal – the ‘hell’ of the pit, the ‘world’ of the Middle Terrace, and the ‘Paradise’ that awaits those who can escape to the upper slopes of the hills which surround the pit and beyond – reflect the struggles that we all undergo in life. This book will not be for everyone, but I urge you to try it. Whether you read it as a simple tale of village life or look for deeper meaning, Black Sheep is a book which  will stay with you long after you turn the last page.

Black Sheep can be found on Amazon

You can find out more about Susan Hill here