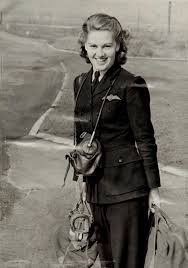 During the Second World War women took on many jobs that were previously reserved for men. One such job was with the Air Transport Auxiliary (ATA). The ‘Attagirls’ delivered planes from the factory to operational airfields, which freed up male pilots to fly missions.

One of the 164 women who flew these planes was Joy Lofthouse, who died this week aged 94.

Please do take a look at his article and listen to Joy, who was interviewed earlier this year. A remarkable lady who did a remarkable job for her country. 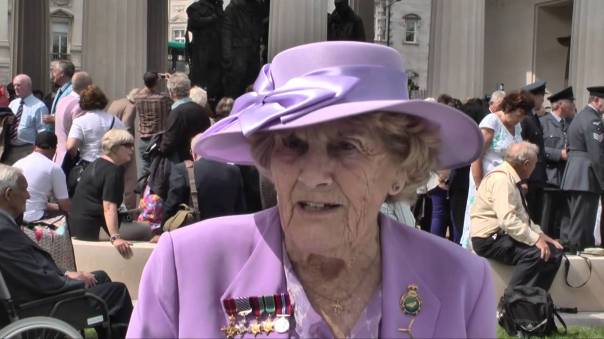 The Invasion of France at the beginning of the Second World War is known as the Blitzkrieg – Lightning War – and it really was like lightning. It was just six short weeks from the start of the invasion on 10th May 1940 to the French signing an armistice with Germany on 22nd June. Yet although Germany had defeated the French army many French citizens were not ready to submit to the conquerors and so the British government set up the Special Operations Executive (SOE). Its instructions from Churchill were to ‘set Europe ablaze’ by helping to fight the Germans behind enemy lines.

Recruits to the SOE underwent commando training as well as learning how to use guns and explosives, to effectively sabotage enemy installations and transport, to use wireless radios, to be proficient in silent killing and unarmed combat. They also had to learn how to blend in and live in secret in occupied territory, sometimes for weeks or months at a time. 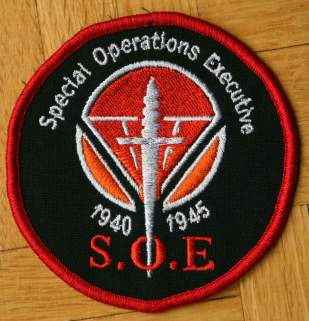 Many may find it surprising to know that women were members of the SOE right from the start. At first their role was only to work in the offices producing forged papers for the men who would be going into action (ration cards, passports etc.), or perhaps coding or de-coding messages from agents as well as transmitting these messages via wireless. It wasn’t until April 1942 that Churchill finally gave his approval for women to be sent as agents into Europe. Part of the reasoning for this was that women would be less conspicuous as they were always out and about – shopping or taking children to school etc. – men who were seen on the streets too frequently soon came to the notice of the Gestapo. So the SOE recruited women as wireless operators and couriers and, like the men, these women had to be proficient in the language of the country they were going to, know it’s customs etc. The ideal recruit would have spent some of their formative years in the target country and so would know how to ‘blend in’. In all 431 men and 39 women were sent as SOE agents to France during the Second World War, as well as agents sent to other occupied countries.

It would be impossible to describe the ‘average’ female SOE agent as there was really no such thing. A recruit could come from an aristocratic background or be working-class, she might have only just left school or be a mature and experienced mother, she might be demure or a little wild; the one unifying factor was that they were prepared to go behind enemy lines as the only women to bear arms during the war. They knew what they were signing up for, the chances that they could be captured and tortured, sent to concentration camps or executed, but that didn’t stop them.

One of the first women to work for SOE was actually an American called Virginia Hall who was living in France when the Germans invaded. Although she was disabled (she had an artificial foot) she managed to escape to England where she was signed up by the SOE and went back to France as a ‘correspondent for the New York Post’ (America had not yet entered the war at this time and so was considered neutral). After some time the Gestapo became too interested in Virginia so she escaped over the Pyrenean mountains to Spain (which could not have been easy with her disability). When she got back to England Virginia joined the newly formed US equivalent of SOE, went back to France prior to D Day and, after the war, served in the CIA.

Another famous SOE agent was Noor Inayat Khan who was born in Russia, the daughter of an Indian prince and American. Noor grew up in Paris where she became known as a writer and musician, but when her family fled to England to escape the Germans she trained as a wireless operator with the Women’s Auxiliary Air Force. The SOE couldn’t ignore someone who spoke fluent French and could handle a wireless so they recruited Noor and she was sent to France in 1943. The network which she worked for was infiltrated and her colleagues arrested. Life was hard for Noor as she was forced to keep moving, finding a new place to stay every day in an effort to evade the Germans, carrying the all too conspicuous wireless with her. Noor continued to send reports to the SOE but her luck eventually ran out when she was betrayed and captured in October 1943. After spending months in solitary confinement Noor was sent to Dachau with three other female SOE agents where she was executed. Witnesses say that Noor spoke just one word at the end – liberté.

Violette Szabo came from a very different background to Noor Inayat Kahn, a cockney working-class girl who had spent some time growing up in France and spoke the language well. She was married to a member of the French Foreign Legion, Etienne Szabo, who died at El Alamein. Violette had a one year old daughter but didn’t hesitate when the SOE came knocking at her door and immediately agreed to be sent to France, knowing the risks involved. Like Inayat Khan, Violette Szabo was captured and executed (at Ravensbruck concentration camp in 1945).

Although 13 of the women who were sent to France by the SOE were executed by the Germans and 2 others died of natural causes the other 24 survived until the end of the war. One of these was Odette Strugo Garay. Odette had a Czech father and a French mother. She was recruited by the SOE in 1944 after her husband, who was a Finnish RAF pilot, was killed in an accident. After undergoing her training, including four parachute jumps, Odette was sent to France, (she didn’t receive her RAF wings as she had not completed five qualifying jumps). After a time in France Odette returned to England via the route through Spain and on the way met the head of the escape network, Santiago Strugo Garay, who was later to become her husband. After the war Odette and  Santiago moved to Buenos Aires and it was there that she met the Air Attaché Wing Commander Dowling. During conversation she mentioned that although she had worked for the SOE and parachuted into France she had never received her RAF wings. He argued that her jump into France should count as a qualifying fifth jump and  Odette finally received her wings in 2007. She wore the badge every day until her death in 2015, proud of the contribution she had made to the work of the SOE in France.

The 39 female SOE agents who served in  France were ordinary women who did extraordinary things and, like their male counterparts, those who survived the war never sought the limelight but slipped back into civilian life as though their experiences during the war had never happened. They all felt that they were just doing their duty, no more than any other soldier who fought the Nazis. The women who went into enemy territory as agents of the SOE were pioneers – back at home women were working in the factories, taking over the roles of men who were away at the front, but the women of the SOE showed that not only could women do the work on the Home Front which had been done by men but that they could also fight like the men too. In my novel Heronfield Angeline is a radio operator who is parachuted into France by the SOE, her story is my tribute to the bravery of all women of any nationality who were prepared to put their lives on the line to preserve the freedom of others. 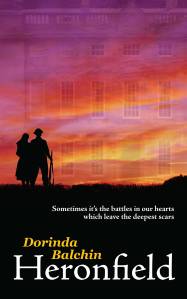